The airhead tried to sell his old car. He was having a lot of problems selling it, because the car had 250,000 miles on it.

One day he mentioned his problem to a friend he worked with. The friend told him, “There is a way to make your car easier to sell, but it’s not legal.”

“That doesn’t matter,” replied the airhead, “as long as I can sell the car.”

“Okay,” said the friend. “Here’s the address of a friend of mine. He owns a car repair shop. Tell him I sent you and he will turn the odometer in your car back to 50,000 miles. Then it shouldn’t be a problem to sell.” The following weekend, the airhead made the trip to the mechanic.

A month later, the friend asked the airhead, “Did you sell your car?”

One Liner
The last person that quit or was fired will be held responsible for everything that goes wrong.

Thought for the day
The Bible says in Proverbs 19:11, “A person’s wisdom yields patience; it is to one’s glory to overlook an offense” (NIV). With wisdom, you don’t get offended. Why? Because wisdom gives you patience. When you understand somebody’s background, you understand the stress that person is under — and it’s easier to show grace. That gives you patience to overlook the offense.

At one point during a game, the coach called one of his 9-year-old baseball players aside and asked, “Do you understand what cooperation is? What a team is?” The little boy nodded in the affirmative.

“Do you understand that what matters is whether we win or lose together as a team?” The little boy nodded yes.

So,” the coach continued, “I’m sure you know, when an out is called, you shouldn’t argue, curse, attack the umpire, or call him an idiot or blind. Do you understand all that?” The little boy nodded yes again.

He continued, “And when I take you out of the game so another boy gets a chance to play too, it’s not good sportsmanship to call your coach stupid is it?” The little boy shook his head NO.

“GOOD,” said the coach, “Now go over there and explain all that to your grandmother.”

One Liner
The Golden Rule is of no use to you unless you realize that it is your move.

Thought for the day
The less love you have in your heart, the more insecure you feel and the easier it is to offend you. The Bible says in Proverbs 10:12, “Love overlooks the wrongs that others do” (CEV). The more I am filled with love, the less I’m going to be upset with you when you are demanding or demeaning or disapproving or whatever.

I just read that last year 4,153,237 people got married in the U.S. I don’t want to start any trouble, but shouldn’t that be an even number?

One Liner
Did you hear about the two radio antennas that got married?

The wedding was terrible, but the reception was excellent!

Thought for the day
“Heaven will be the perfection we’ve always longed for. All the things that made Earth unlovely and tragic will be absent in heaven.” – Billy Graham

A Sunday School teacher began her lesson with a question, “Boys and girls, what do we know about God?” A hand shot up in the air. “He is an artist!” said the kindergarten boy. “Really? How do you know?” the teacher asked. “You know – Our Father, who does art in Heaven…”

One Liner
People want the front of the bus, back of the church and center of attention.

Thought for the day
Let the Spirit change your way of thinking. Ephesians 4:23 (CEV)

Move ahead, doing the right thing in spite of your fears and feelings. This is how you cooperate with the Holy Spirit 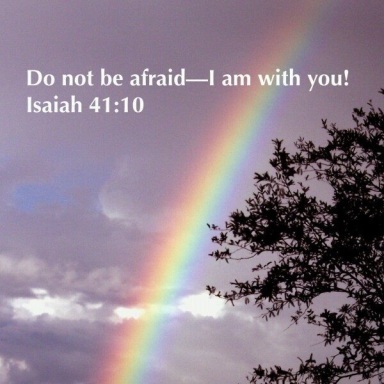 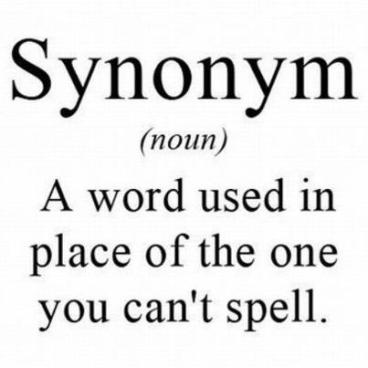 Ms. Crabtree had been telling her 1st grade class the story of the discovery of America by Columbus.

She concluded with, “And all this happened more than 500 years ago.”

“Wow!” exclaimed Little Johnny, “What a great memory you have!”

One Liner
“If money doesn’t grow on trees then why do banks have branches?”

Thought for the day
Romans 12:3 says, “Do not think of yourself more highly than you ought, but rather think of yourself with sober judgment, in accordance with the faith God has distributed to each of you” (NIV).

Evaluate where you are so that you can know where you should go.

A Swiss man, looking for directions, pulls up at a bus stop where two Americans are waiting.

The two Americans just stare at him.

The two continue to stare.

The Swiss guy drives off, extremely disgusted. The first American turns to the second and says, “Y’know, maybe we should learn a foreign language.”

“Why?” says the other. “That guy knew four languages, and it didn’t do him any good.”

One Liner
If you don’t like my driving, just take a different road. That’s why the highway department made so many of them.

Thought for the day
So stand ready, with truth as a belt tight around your waist, with righteousness as your breastplate …. (Ephesians 6:14 TEV)

In Ephesians, the apostle Paul says the first thing to do in spiritual warfare is to wear truth like a belt around your waist. Truth is the foundation for you to fight against the enemy. If you don’t have a foundation of truth, you will fall apart when temptations and turmoil attack your life. God’s Truth is what holds you together.

An eccentric philosophy professor gave a one-question final exam after a semester dealing with a broad array of topics.

The class was already seated and ready to go when the professor picked up his chair, plopped it on his desk, and wrote on the board: “Using everything we have learned this semester, prove that this chair does not exist.”

Fingers flew, erasers erased, and notebooks were filled in furious fashion. Some students wrote over 30 pages in one hour attempting to refute the existence of the chair. One member of the class, however, was up and finished in less than a minute.

Weeks later when the grades were posted, the rest of the group wondered how he could have gotten an “A” when he had barely written anything at all. His answer consisted of two words:

One Liner
The amount of flak received on any subject is inversely proportional to the subject’s true value.

Thought for the day
The Bible says in 1 Peter 1:2, “Dear friends, God the Father chose you long ago and knew you would become His children” (LB).

God didn’t choose you because of something you’ve done. It’s all because of who he is. You weren’t good enough, smart enough, or spiritual enough for him to save you. He saved you because he loves you.

There’s two muffins in the oven.

The other one says “Hey look! A talking muffin!!!”

One Liner
Did you hear about the red corpuscle and the white corpuscle? They loved in vein.

Thought for the day
Discontent is all about comparing. The Bible says comparisons are foolish. They’ll ruin you financially. You go out and find a car you can afford and buy it. But you look over and see your neighbor’s car has something extra on it, so you go into debt to buy a car like that – all because of a comparison.

The antidote to debt-inducing comparisons is contentment. The Bible says, “Stay away from the love of money; be satisfied with what you have. For God has said, ‘I will never fail you. I will never forsake you.’” (Hebrews 13:5 NLT)