Mary was discussing the various aspects and possible outcome of the insurance policy with the clerk at the Insurance Agency. During the discussion, she asked. “Suppose I take the life insurance for my husband today for a million dollars, and tomorrow he dies? What will I get?”

The clerk eyed her suspiciously and replied, “Probably a life sentence.”

One Liner
Make yourself at home. Clean my kitchen.

Thought for the day
God has never made a person he didn’t love. Everybody matters to him. When Jesus stretched out his arms wide on the cross, he was saying, “I love you this much!”
The Bible says, “For Christ’s love compels us, because we are convinced that one died for all …” (2 Corinthians 5:14a NIV) 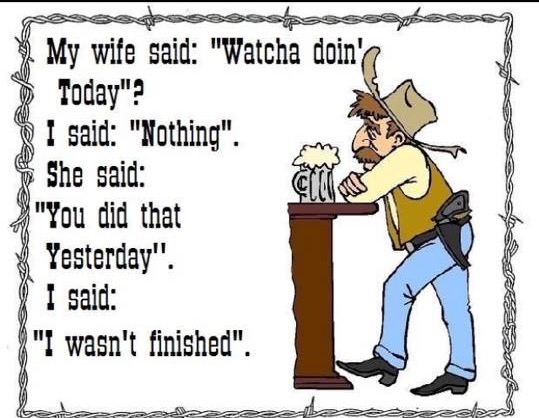 Eye have a spelling chequer
It came with my pea sea
It plainly marques four my revue
Miss steaks eye kin knot sea.
Eye strike a key and type a word
And weight four it two say
Weather eye am wrong oar write.
It shows me strait a weigh.
As soon as a mist ache is maid
It nose bee fore two long
and eye can put the error rite.
Its rare lea ever wrong.
Eye have run this poem threw it
I am shore your pleased two no
Its letter perfect awl the weigh
My chequer tolled me sew.

One Liner
“There may be 50 ways to leave your lover, but there are only 4 ways to exit this airplane.”

Confronted by two doctors and an HMO manager at the Pearly Gates, St. Peter asked them to identify and explain themselves.

The first doctor stepped forward. “I was a pediatric spine surgeon and helped children overcome deformities!” “You may enter,” St. Peter said.

The second doctor stepped up. “I was a psychiatrist and helped people find peace!” St. Peter ushered him through the gates.

The HMO manager stepped forward. “As an HMO manager, I helped people get cost-effective health care!” St. Peter waved him forward, but stopped him right as he got to the gates.

“You may stay for three days. After that, you’re out of here!”

One Liner
“When a minister rehearses his sermon he is practicing what he preaches?”

Thought for the day
We need to let God grow his love in us, so that we can love others the way God loves us. The Bible says, “There is no fear in love; perfect love drives out all fear” (1 John 4:18a TEV).

Adam was walking outside of the Garden of Eden with Cain and Abel when the boys were young. Cain and Abel looked into the garden and viewed waterfalls, lovely birds, lush forests and fruit trees bending over because of the large amounts of fruit on them.

Then they took a long look at where they lived. It was dry, dusty with weeds and sickly-looking trees.

“Daddy? Why don’t we live in there instead of out here?” they asked innocently.

Adam said, “Well sons. Eve and I use to live in there at one time. But your mother ate us out of house and home.”

Thought for the day
When we go on mission for God, like Jesus, we “teach the way of God in accordance with the truth” (Luke 20:21 NIV). We report that Truth is a person and that God is love.

A professor – an atheist – was teaching a college class and he told the class that he was going to prove that there is no a God.

He said, “God if you are real, then I want you to knock me off this platform. I’ll give you 15 minutes!”

He got down to the last couple of minutes and a BIG 240 pound football player happened to walk by the door and heard about what the professor said.

The football player walked in the classroom and in the last minute, he walked up, hit the professor full force, and sent him flying off the platform.

The professor got up, obviously shaken and said, “Where did you come from, and why did you do that?”

The football player replied, “God was busy. He sent me.”

One Liner
Nothing in the known universe travels faster than a bad check.

Thought for the day
“The glum, sour faces of many Christians. … They rather give the impression that, instead of coming from the Father’s joyful banquet, they have just come from the Sheriff who has auctioned off their sins and now are sorry they can’t get them back again.” – Helmut Thielicke

You have just received the Amish Virus.

Since we do not have electricity nor computers, you are on the honor system. Please delete all of your files.

One Liner
I just wish once someone would call me “Sir” without adding, “You’re making a scene.”

Thought for the day
King David wrote, “There was a time when I wouldn’t admit what a sinner I was. But my dishonesty made me miserable and filled my days with frustration” (Psalm 32:3 LB).

This reminds me of a sign I saw the other day: “A clean engine produces more power.” That’s true in humans, too. Sir Arthur Conan Doyle, the man who wrote “Sherlock Holmes,” once pulled a prank on 12 prominent Englishmen. He sent them an anonymous note that said, “All is found out. Flee at once.” Within 24 hours, eight of those men had left the country! Guilt destroys your confidence. 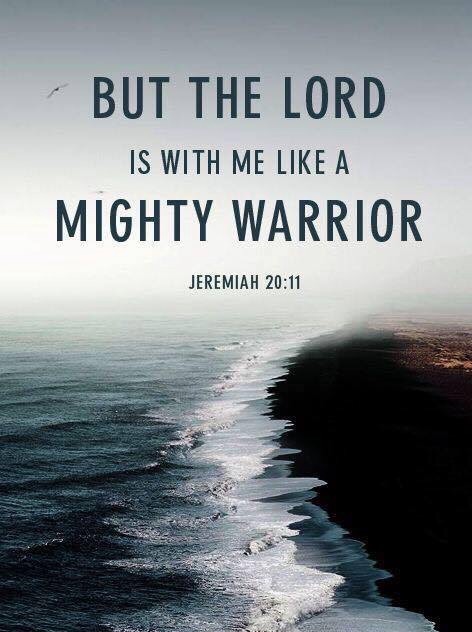