Calvin Coolidge, the 30th president of the United States, was popularly known as “Silent Cal.” One time at a party, a woman walked up to him and said, “My husband bet me I couldn’t get three words out of you.”

One Liner
A child’s greatest period of growth is the month after you’ve purchased new school clothes.

Thought for the day
“Remember that the temptations that come into your life are no different from what others experience. And God is faithful. He will keep the temptation from becoming so strong that you can’t stand up against it When you are tempted, he will show you a way out so that you will not give in to it” (1 Corinthians 10:13 NLT).

So if you say, “I’m a Christian, but I couldn’t help myself,” you’re lying because God says, “I will make a way out.” You have no excuse. You weren’t looking for a solution; you just didn’t want a way out.

But God promises that he will always make a way out for you. Ask him for that protection every day. 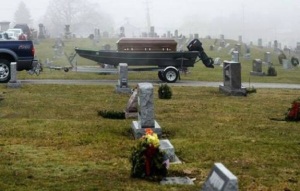 A man walks up to a cashier in a grocery store. He says, “Hey, how much for these jalapeño peppers?” He pronounces it “jo-la-pen-o,” not “ho-lo-peen-yo.”

The cashier says, “Sir, that’s not what those peppers are called.”

The man replies, “Listen, buddy, this is America, and I can pronounce any word the way I please.”

The cashier responds, “That is as may be, sir, but those are green peppers.”

One Liner
“The secret of staying young is to live honestly, eat slowly, and lie about your age.” ~Lucille Ball

Thought for the day
I pray for them. I am not praying for the world, but for those you have given me, for they are yours. John 17:9 (NIV)

If you are not a parent, you still can help others move toward the heart of God by praying for them.

“How did the wedding go?” asked the preacher’s wife.

“Just fine until I asked the bride if she would obey and she said, ‘Do you think I’m nuts?’ and the groom said, ‘I do,’ and then things really began to happen fast.”

One Liner
Nobody reads the rules for Monopoly unless there’s an argument.

Thought for the day
The Bible says in 1 Timothy 6:7, “We brought nothing into the world, so we can take nothing out.” I remember hearing of a rich Texas oilman who was buried in his Cadillac. As they were putting him under, a man standing by said, “Man, that’s living!” No — the guy’s dead!

You must build your life on the one thing that cannot be taken away from you: your relationship with God through his son, Jesus Christ.

WORST THINGS TO SAY ON A FIRST DATE

~ I know we just met and this might seem a little sudden … but could I borrow five hundred dollars?

~ Go ahead and Super Size – I found spare change in the sofa today.

~ I don’t see my ex-girlfriend that much … thanks to the U.S. Department of Justice.

~ I had a good time tonight. I’d love to see you again in six to eight months with good behavior.

~ I really don’t like this restaurant that much, but I wanted to use this 2-for-1 coupon before it expired.

~ People say I remind them of Eddie Haskell.

One Liner
My wife turned the dishwasher into a snow shoveling device…she handed me a shovel.

Thought for the day
“If God says his chosen ones are acceptable to him, can anyone bring charges against them? Or can anyone condemn them? No indeed!” (Romans 8:33-34)

We need to stop thinking, “I’ve got an un-pleaseable God up there, and I’ve got to be a good boy or good girl to be accepted.” God, through Jesus Christ, has already accepted you. That’s the Good News!

One dark night outside a small town in Minnesota, a fire started inside the local chemical plant and in the blink of an eye it exploded into massive flames. The alarm went out to all the fire departments for miles around.

When the volunteer fire fighters appeared on the scene, the chemical company president rushed to the fire chief and said, “All our secret formulas are in the vault in the center of the plant. They must be saved. I will give $50,000 to the fire department that brings them out intact.”

But the roaring flames held the firefighters off.

Soon more fire departments had to be called in as the situation became desperate. As the firemen arrived, the president shouted out that the offer was now $100,000 to the fire department who could bring out the company’s secret files.

From the distance, a lone siren was heard as another fire truck came into sight. It was the nearby Norwegian rural township volunteer fire company comprised mainly of Norwegians over the age of 65. To everyone’s amazement, that little run-down fire engine roared right past all the newer sleek engines that were parked outside the plant.

Without even slowing down it drove straight into the middle of the inferno. Outside, the other firemen watched in amazement as the Norwegian old timers jumped off right in the middle of the fire and bravely fought it back on all sides. It was a performance and effort never seen before.

Within a short time, the Norske old timers had extinguished the fire and had saved the secret formulas. The grateful chemical company president announced that for such a superhuman feat he was upping the reward to $200,000, and walked over to personally thank each of the brave fire fighters.

The local TV news reporter rushed in to capture the event on film, asking their chief, “What are you going to do with all that money?”

One Liner
“When God is in your life, confession and repentance become the norm.” – David Jeremiah

Thought for the day
“Each of us is as close to God as we choose to be.” – Dr. Oswald Sanders

My boss’ son is five years old. He attended his first funeral with his family. I saw him on Sunday and asked him what he thought of it. His answer, “She was already dead when we got there.”

One Liner
“My mind contains many good ideas, but it is not always easy to squeeze one out.”

Thought for the day
“I can do everything through him who gives me strength” (Philippians 4:13 NIV). When Christ is inside you, you will have the power to do anything. 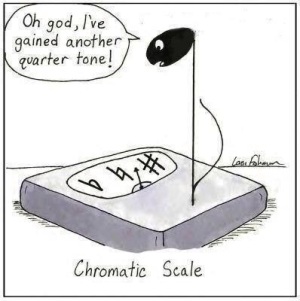